Learnt Tabla in ‘Sangit Mahabharati’ for first 3 years from Shri Datta Yende and later for 8 years under the guidance of Ustad Alla Rakha Khan Saheb. His foray in to singing started much later and gradually progressed to composing and arranging for varied forms of classical, ballets, theatre, short films, films and television.

Some of the prominent projects that he has composed music for – 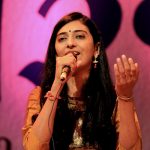